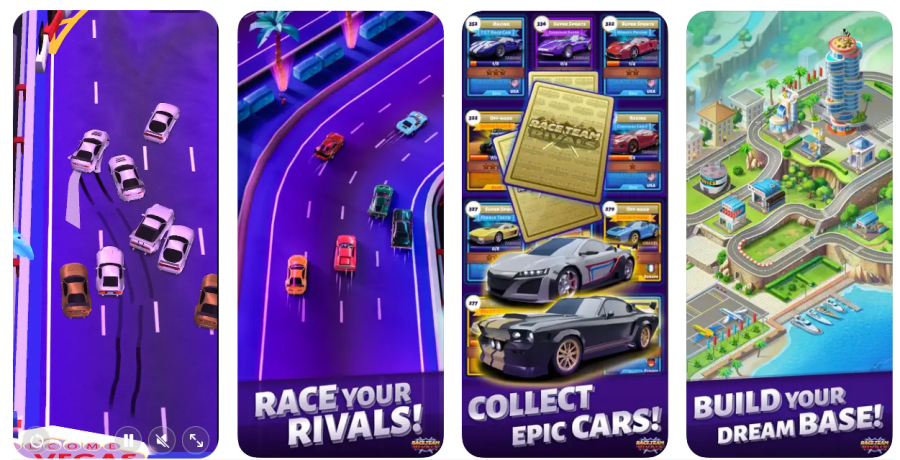 This review was originally written in 2021. It is reproduced here with no edits.

Based on a popular toy line dating back to the 1980s, the Micro Machines series of video games have been delighting console and computer gamers since 1991. While there have been some variations in its visual technology and overall presentation over the years, these games are at their heart approachable multiplayer top-down racing games that take place on unusual tracks like kitchen tables and living rooms littered with similarly silly obstacles.

One unusual feature of some of these Micro Machines games was offering the option for a simplified control scheme for local multiplayer, where just two buttons, steer left and right, were provided to each of the players, and acceleration was automatic. Surprisingly, this control method still proved great fun and was a perfect way to cram more local players together with fewer available controllers. Whether by design or accident, Race Team Rivals takes some of the best elements of Micro Machines, including its toy-car feel and top-down racing perspective, and makes its alternate control scheme its only control scheme.

As stated, control in Race Team Rivals is straightforward. Acceleration is automatic. To steer, simply tapping left or right is all that is needed. While this input method sounds overly simple, it’s actually a clever way to maximize handheld comfort and get around the limitations of a touchscreen, while leveraging its advantages. In short, you won’t have to be fumbling with your iPhone or iPad to get the most out of this racing game, although a reverse option would have still been a helpful addition.

Before each race, you choose one of your available cars to compete with. You then see a summary of your competition and the prize pool. When racing, you can run over cards to gain extra rewards. If you’re the victor in a race, you can also win additional extras like car upgrades.

After the completion of each race, win or lose, you’re offered a loot box containing cards with various rewards. For instance, if you get three cards, one might give you 50 gems, one might give you 100 coins, and the last might give you a new car to race. With coins and cars, you can build up your racing headquarters with new buildings and other extended features. Over time, your base of operations can become quite sprawling and advanced.

While the game’s sense of speed is not the best, even at the higher levels, using the vertical orientation of your iPhone or iPad provides a great overhead view of the winding tracks. Even though the lack of truly heart-pumping speed might seem like a big negative for a racing game, it does allow you to optimize how you take corners and jockey for position against the other racers. Thanks to this shift away from pure speed, and, despite still being an action game, Race Team Rivals does feel like it offers greater strategic depth than other games of this type.

The audio-visuals get the job done. The art style is clean and consistent, the musical score non-irritating for the most part, and the race sounds appropriate. Overall, this is a big step up from some other racing games that mix styles or don’t give consideration to how much repetition there can be when cars are racing around a track.

The online PvP (Player versus Player) races, upgrade system, and base building concept, where you need to maintain a successful business operation, add further depth and interest to the already compelling core racing game mechanics. Even after multiple races, the thought of getting that next upgrade or being able to further expand your headquarters will keep you coming back for more, although the impact of these rewards is lessened a bit because even if you consistently lose, you still get plenty of bonuses.

There’s a lot to like about Race Team Rivals, even for those gamers who are not typically into other racing games where being the fastest seems to trump everything else. Despite being a very crowded genre, Race Team Rivals proves there’s still plenty of room for new releases in this category when their implementation is so well thought out like it is here. 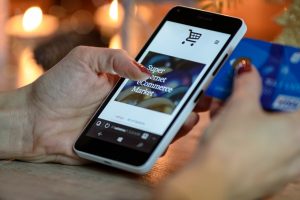 How To Start An Ecommerce Business From Scratch

How To Start An Ecommerce Business From Scratch

While starting a business is the main way to achieve[...]

Strategies for marketing campaigns of your business

Strategies for marketing campaigns of your business 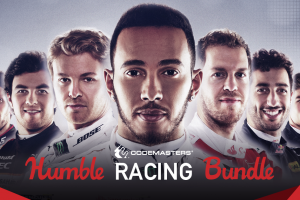 Pay what you want for a bundle of Codemasters racing games!

Pay what you want for a bundle of Codemasters racing games!

The Humble Codemasters Racing Bundle 2017 Here’s the link. The[...]