If you’re the sort of gamer who likes to really immerse yourself in the experience, you may well treat your headphones as components every bit as essential as controllers or consoles. Simply put, a lot of serious gamers require great headsets in order to feel they’re getting the most out of their videogames. And yet, finding a great headset can sometimes wind up being so expensive it’s pretty much in line with buying a whole new gaming console.

The HyperX Cloud II by Kingston proves to be a delightful exception and a solution to a problem that a lot of gamers face. Running roughly $99.99 (or less, depending on where you find it), this headset is by no means cheap. But compared to a lot of its similar competitors it’s exceedingly affordable, and there’s pretty much a consensus agreement among reviews that the quality of the audio matches that of pricier options.

Back when the HyperX Cloud came out, PC Gamer‘s review singled out its boosted low-end audio frequency recognition as a key component that would delight gamers. The review noted that the headphones’ broad frequency response of 10 Hz – 20 Hz enabled them to pick up on sounds 10 Hz lower than the human ear can recognize (our lower limit is generally about 20 Hz), resulting in a situation in which those wearing the headphones can feel ultra-low bass sounds even if they can’t actually “hear” them. This makes for a lot of extra fun in big, bold console games to which the headphones can be hooked up easily. For instance, playing the latest Call Of Duty title from Treyarch with the ability to pick up on and “feel” ultra-low bass might make for a more immersive total experience.

The same PC Gamer review noted that it was features like these that made up for the HyperX Cloud’s lack of 7.1 surround sound. However, while the HyperX Cloud II retained the ultra-low frequency recognition, it also improved to 7.1 sound without jumping up significantly in price. This means with these $99.99 headphones you can enjoy the sensation that a game’s noises are jumping out from all around you–something a lot of other headsets ask you to pay a premium for. This is useful for all videogames, but in particular can enhance some simpler gaming experience like those you might find online. Gala’s Casino stands out already among online casino competitors for its efforts to make games more interesting through themes, artistic designs, and musical accompaniment. For instance, the site even offers a Gladiator slot machine featuring tracks from the actual Golden Globe-nominated film soundtrack. But in a more general sense, the bells and whistles of online casino play are a great example of what surround sound can mean for a gamer. When they sound like they’re coming from all directions, you can better lose yourself in the game.

Finally, it’s also worth mentioning that for their price, the HyperX Cloud II headphones offer noise cancellation that ought to satisfy the needs of modern gamers. Top Ten Reviews points out that the headphones don’t actually have active noise canceling features. However, they are circumaural (meaning they surround the ears completely), which offers a pretty thorough cancellation of outside sounds in and of itself. Thus, without paying a premium for more advanced noise cancellation, HyperX Cloud II wearers can still enjoy a similar experience. This is particularly useful for a never-ending stream of atmospheric mobile games that are increasingly recommended as best played with headphones on.

The control panel is intuitive.

Considering all of these features, it’s clear that this is a pretty good set for what you pay. If you’re a gamer who truly relies on premium sound and you’re willing to pay for the very best, the HyperX Cloud II probably isn’t the set for you. But if you simply want the features that gamers care about and you’re okay with very good (if not the absolute best) quality, this is a set worth trying in 2016. 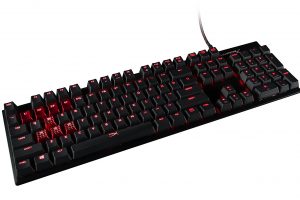 Having enjoyed the use of modern mechanical keyboards in the[...] 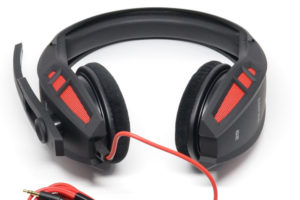 Although you may not know the name Edifier, they’re actually[...] 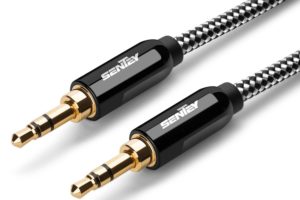