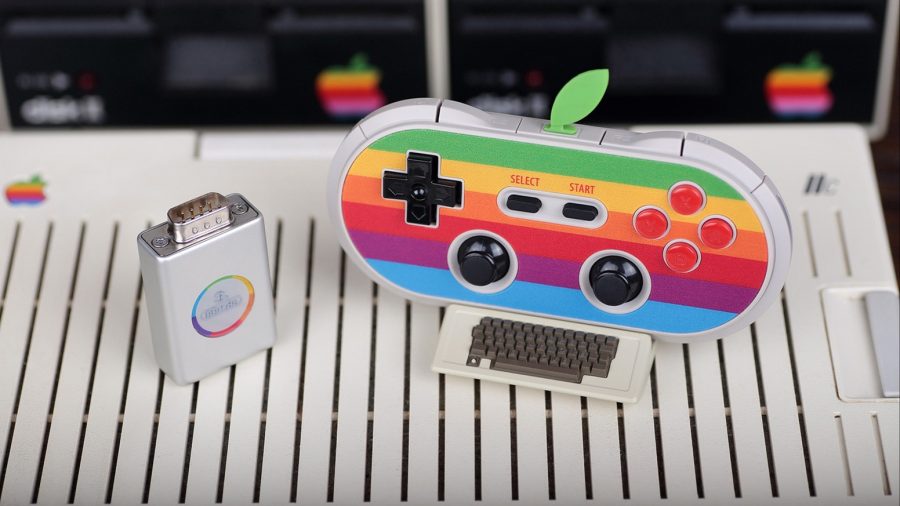 February 3, 2018 Posted by Bill Loguidice History, How to 2 Comments

As I continue to optimize what remains of my collection, I’ve been coming across items that inevitably need firmware or other updates. One such device is 8Bitdo’s AP40 retro receiver, which is a Bluetooth dongle for Apple II computers that can work with a cosmetically matching 8Bitdo controller or other types of Bluetooth controllers. Originally a Kickstarter, where I procured mine from, both items are now available exclusively – and expensively – from 8Bitdo’s official AliExpress store (Update: it looks like they just carry the extra special edition of the gamepad now, no dongle anymore).

Anyway, the reason there’s a need for a firmware update is that the stock firmware (at least at the time I got mine) does not support the full range of the Apple II’s analog zones. Unfortunately, the official 8Bitdo support site does not list the product at all anymore, so I both contacted 8Bitdo support and also asked at the Apple II Enthusiasts Facebook group. As is par for the course, I received a helpful response first from the Facebook group.

While it still doesn’t provide the full analog range, there is a beta firmware that does significantly improve it. It’s available here via Facebook.

I then heard back from 8Bitdo’s support. They stated:

So that’s option 2. Or it would be if they didn’t misunderstand and give me the update instructions for the gamepad rather than the dongle. I updated the gamepad anyway, which is, fortunately, still supported and usable with more than just this particular dongle should I so choose (I won’t).

This is my package from the Kickstarter. I also got an adapter for older Apple II systems, but that’s no longer needed since I’m just down to the Apple IIe Platinum.

Supposedly, updated firmware or not, testing results can vary wildly on a system-by-system basis. In my own testing with the MECC Computer Inspector Disk (also available from the Apple ][ Disk Server) on my Apple IIe Platinum, I found that the beta firmware gave me a good range, but not nearly as good of a range as an original Apple II joystick, in this case a Kraft. Neither gave as good of a range as paddles.

The calibration of the Bluetooth setup was not as good as the standard Kraft joystick.

Regardless of my own results and how your own may vary, at least there is an option for improved performance over the stock firmware. After clarifying to support that I wanted a new firmware for the dongle and not the gamepad, I received this response back:

So they don’t even make the beta firmware available. It’s stock all the way for them. Unfortunate to say the least.

Games like Choplifter! are playable with the Bluetooth setup, but there’s no way to adjust the calibration, meaning you have to constantly stay in control of the helicopter, i.e., there’s no neutral hover state.

It was frustrating tracking all of this down, but thanks to the Apple II community and, to a far lesser degree, 8Bitdo’s own support, I was able to sort through it. While this will not be replacing my trusty Kraft joystick any time soon, this does now at least make for a somewhat reasonable backup in case that ever goes kaput. The main downside with 8Bitdo’s controller setup is that there are no analog trim pots, which are pretty essential for tweaking a controller on a per-game basis. So basically the default analog range and tuning of the 8Bitdo controller will either work well for a particular game or it won’t. There’s no way to tweak it one way or the other. As such, we still have to hold out hope for a true, modern analog controller replacement solution for those of us who still like to use original Apple II computer hardware.

Classic Apple II joysticks, like the pictured Kraft, have physical adjustment levers, which is what many Apple II games need. 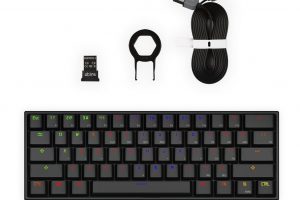 I’ve complained before about the lack of wireless mechanical keyboards[...] 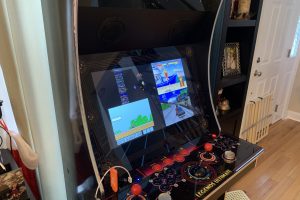 Merry Christmas! Another new firmware has been released for the[...] 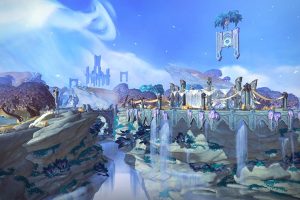 Each of these tips can be done with the help of WoW Boost services - save your time and prepare for 9.2 WoW Patch hassle-free.