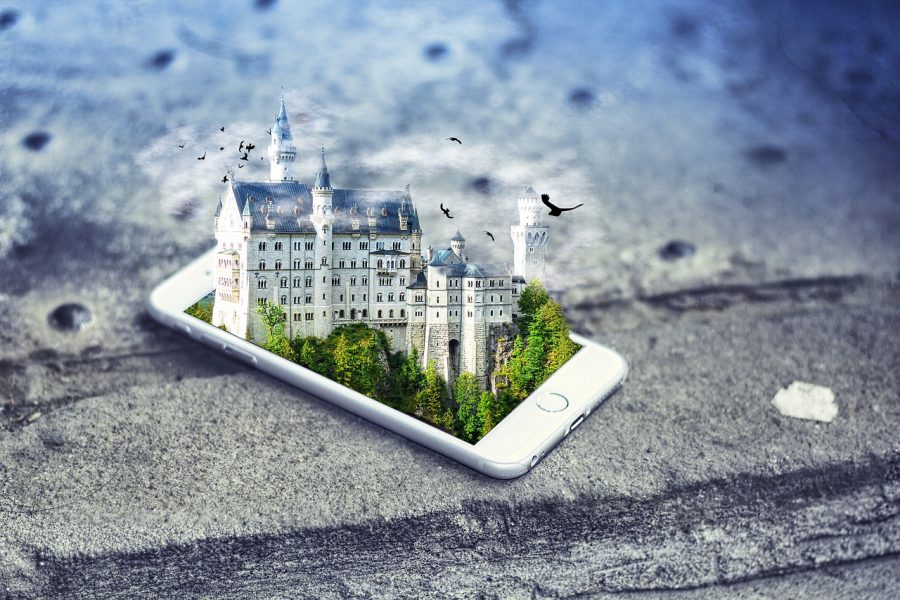 Today’s world is one of ever-changing technological advancements in every area of our lives. The gaming industry, in particular, has seen tremendous strides over the last two decades and has not disappointed players. In fact, each new innovation has represented a giant leap over the previous one. We are living in an era that has seen 2D binary games advance to open-world 3D action. The future looks set for some amazing advances and here are six that will change the face of gaming.

Up to now, technology has combined facial recognition and 3D scanning to allow gamers to create customized avatars that can even reflect their own real-time expressions. Emotion tracking, the latest development from the Intel®RealSense™ 3D depth camera, allows developers to adapt to facial reactions and make changes to gameplay to suit your mood. If that sounds far fetched, it is already possible for hand gestures to control the action in some video games. Using head and face movements is simply the next step and is already well under development with games like Space Astro Blaster by CompSens.

The idea of virtual reality has always been fascinating, and with prototypes like Oculus Rift and Samsung Gear VR, a new dimension in gaming is upon us. The next leap will deliver a level of interaction and immersive experiences like we have never seen before. Commercially, game creators and hardware producers are hard at work. Lenovo, in particular, has taken advantage of the increasing VR demand by offering a range of accessories including the world’s first standalone VR headset with WorldSense™. We have witnessed the first VR/3D online casinos opening their virtual doors too, reshaping the industry. Soon, you will be able to engage yourself completely in gaming before coming back to the real world.

Gaming has advanced tremendously since basic 8-bit graphics, with cutting edge developments in hardware and processing units. Nowadays, gamers can experience state of the art, fully rendered worlds and photorealistic texture. The ability to produce high-resolution image quality increases playability, making for a highly engaging experience. This is evident when looking at the impact on online slots, which have improved beyond recognition during the past 5 years. They have progressed to fully themed, immersive game mechanics with exceptional 3D designs and multiple interactive features. Many operators like Grand Mondial now offer slots with fantastic HD graphics, and the industry has seen its first wave of virtual reality games.

Cloud gaming has been used experimentally for the last 20 years, really taking off since technology and internet speeds are optimized. Instead of video games requiring powerful hardware, the cloud can be utilized, unrestricted by the memory of consoles. The first cloud gaming service, InLive, was launched in 2010. Many companies have now joined the competition with game streaming services such as Microsoft xCloud. They promise the capability of streaming games to devices with extremely fast speeds and low latency. Using the cloud in this way opens up massive server-size limits and brings numerous benefits, including the ability to play instantly on any device.

Voice-controlled technology in gaming now has a much higher degree of sophistication. Computers can easily recognize user voice commands, and they can be used to control gameplay, select items from media libraries, interact, or search the web. With the rise in demand for AR and VR, voice and speech recognition is set to become a staple gaming feature. They will produce a highly immersive experience, allowing players to fully engage and control their environment without using video game controllers. Once seamlessly integrated, players can control the console or game progress and communicate while playing, for an enriched gaming experience.

Artificial Intelligence has been utilized for nearly 50 years, since Arcade games. Pac-Man brought AI programming to its complex game with the innovation of allowing the fun creatures to develop individual personality traits. Today, AI incorporates much more complex scenarios, with combat games using the technology to create realistic opponents for players. In fact, OpenAI’s Dota 2 bot is now more than capable of beating pro players. Harnessing this newer self-learning AI will allow the automated building of games that are sophisticated enough to respond to user feedback, with in-game characters that continuously evolve. It may sound fictional, but it is on the horizon and leading us into new, exciting unchartered gaming territories. 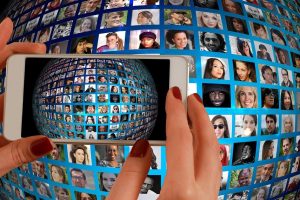 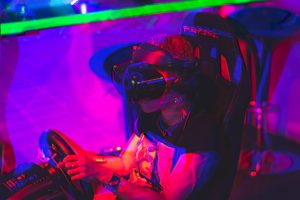